"Wisdom is the principle thing" (Proverbs 4:7) 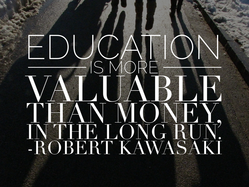 It's time for a choice.

They are telling us something

"If the American people ever allow private banks to control the issue of their currency, first by inflation, then by deflation, the banks and corporations that will grow up around them will deprive the people of all property until their children wake up homeless on the continent their Fathers conquered.... I believe that banking institutions are more dangerous to our liberties than standing armies.... The issuing power should be taken from the banks and restored to the people, to whom it properly belongs."

If the people only understood the rank injustice of our money and banking system, there would be a revolution by morning.”

"I care not what puppet is placed upon the throne of England...The man who controls Britain's money supply controls the British Empire, and I control the British money supply." -Nathan Rothschild

"The best way to destroy the capitalist system is to debauch the currency. By a continuing process of inflation governments can confiscate, secretly and unobserved, an important part of the wealth of their citizens." -John Maynard Keynes

An unjust money robs the people and destroys their trust in one another.

“You shall not have in your bag differing weights, a heavy and a light. You shall not have in your house differing measures, a large and a small. You shall have a perfect and just weight, a perfect and just measure, that your days may be lengthened in the land which the LORD your God is giving you. For all who do such things, all who behave unrighteously, are an abomination to the LORD your God." (Deuteronomy 25:13-16)

Listen to a sermon from this text:

Knowing HOW this theft occurs helps us work together and rebuild trust.

Learn by reading classic books on economics and monetary reform.

Essay on Ancient Weights and Money

Go to the Exchange Bridge for the gold and silver solution >>